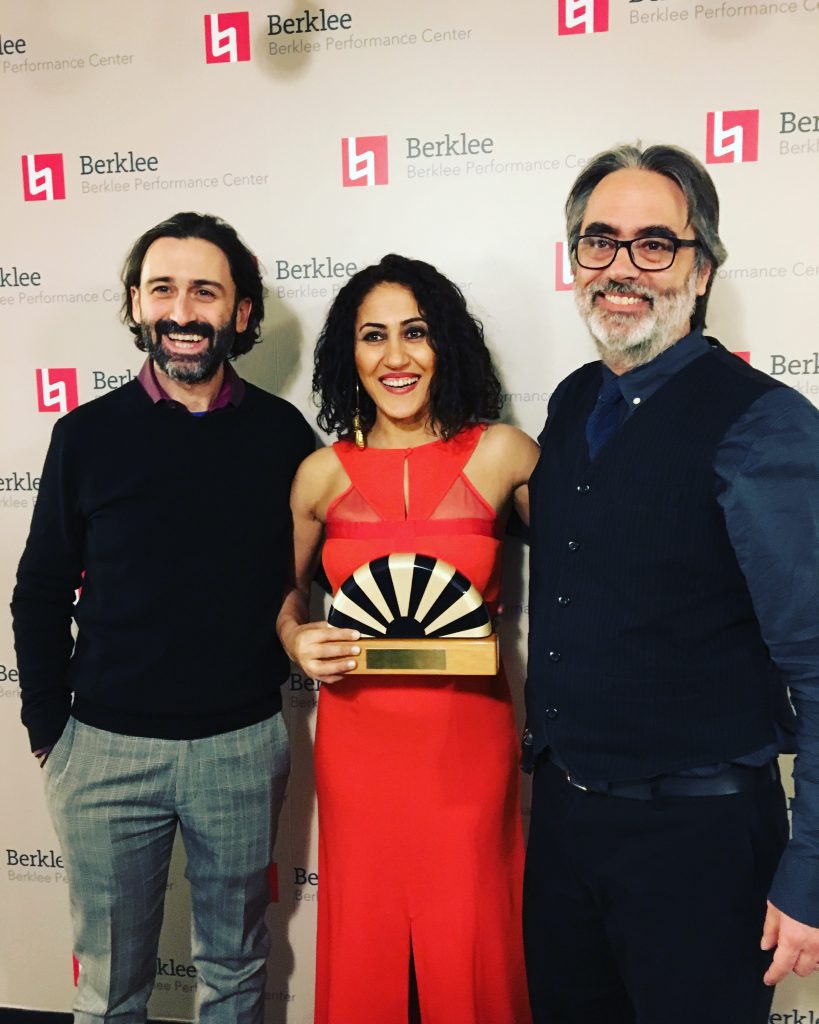 Published on 8th March 2017
By Berklee

Aynur, a vocalist from a Kurdish-influenced region in southeastern Turkey who was raised in Istanbul, grew up with the myths and poetry of the Alevites, a religious minority in which music plays an important role in passing along faith and tradition. Her music is based on these folk songs, many of them hundreds of years old, and focuses on the life and suffering of Kurdish people, and especially Kurdish women.

“By recognizing great talents such as Aynur, who has overcome many difficulties in her career and has persevered in her quest, we try to set an example of a new generation of women musicians,” said Javier Limón, the artistic director of the Mediterranean Music Institute.

The MMI’s Mediterranean Women in Action initiative will last through 2018 and will focus on female students from the region by promoting their music and supporting them in developing and furthering their professional careers. In addition, beginning this fall, the MMI will spotlight repertoire from great artists such as vocalists Rosa Balistreri from Sicily, Italy, and Fairuz from Lebanon.

While Aynur’s work helps preserve Kurdish folk oral traditions, she also blends the music of her heritage with modern Western styles to create a sound of her own. Her Western influences include artists as varied as John Coltrane, Mari Boine, and Tracy Chapman. She has collaborated with Yo Yo Ma and Silk Road Ensemble; Iranian kamancheh player Kayhan Kalhor; Syrian clarinetist Kinan Azmeh; Turkish composer and DJ Mercan Dede; and many other notable artists of the Mediterranean and beyond.

Launched in 2014, the Master of Mediterranean Music Award recognizes excellence in Mediterranean music. That year, flamenco guitarist Pepe Habichuela and flamenco singer José Mercé shared the honor. Since then, the MMI has given the award to harmonica player Antonio Serrano and flamenco legend Pepe de Lucía.

Aynur will receive the award at the MMI’s spring concert at the Berklee Performance Center. Accompanying Aynur will be the MMI Consort, a band of Berklee students from the Mediterranean. Also appearing onstage will be a Spanish jazz flamenco trio formed by guitarist Josemi Carmona, double-bassist Javier Colina, and percussionist José Manuel Ruiz Motos “Bandolero.”