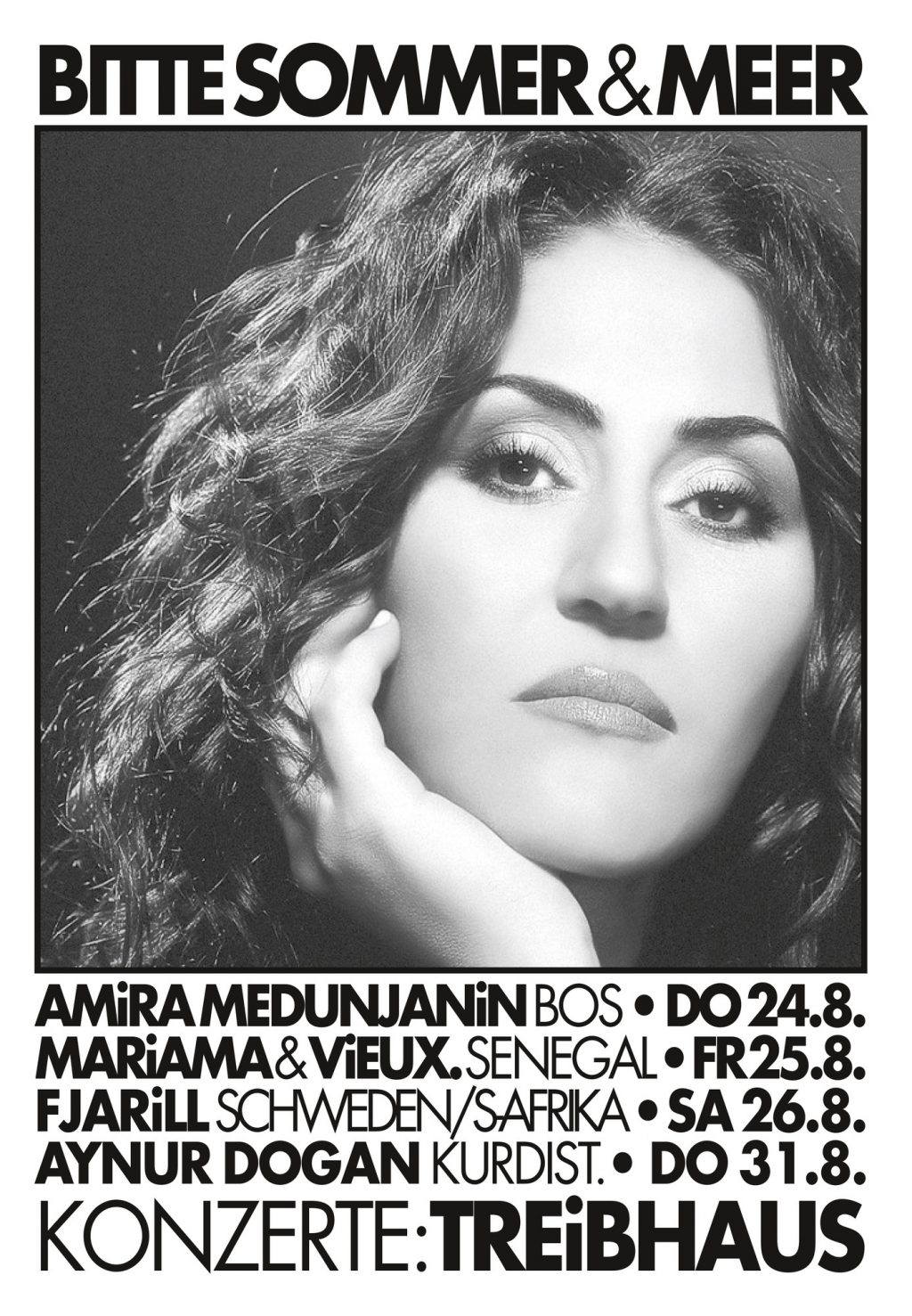 Over the years Aynur has become one of the most well known musicians from Turkey and a representative for the Kurdish people. Her vocal style and her albums are praised not just in Turkish media but also in international media. She is one of the best sellers with her albums among Kurdish folk albums.
Aynur’s music is based on traditional Kurdish folk songs, many of them at least 300 years old. All her lyrics are about the life and suffering of Kurdish people and Kurdish women especially. Musically she tries to blend Kurdish with Western music, interpreting her traditional repertoire in a modern way. She has collaborations with famous musicians and bands like world-renowned cellist YO-YO MA and Silk Road Ensemble, Kayhan Kalhor, Javier Limon, Kinan Azmeh, Mercan Dede, Salman Gambarov, Cemil Qocgiri, Morgenland All Star Band, Nerderland Blazers Ensemble, Sertab Erener. Meanwhile she appeared in Fatih Akın’s documentary movie “İstanbul Hatırası / Köprüyü Geçmek-Crossing the bridges” as a singer and also appeared at documentary film about Yo-Yo Ma and the Silk Road Ensemble named “The music of Strangers” directed by Morgan Neville in 2015.